A Brief History Of The School

The history of St Aloysius Gonzaga School goes back to the year 1878 when a team of six Jesuit Fathers and Brothers (from Italy and other countries of Europe) landed on the coast of Mangalore on 31st December and pitched their tent on Light House Hill. The arrival of the Jesuits was in response to the appeal sent to the Pope by the citizens of Mangalore for a Jesuit institution of higher learning designed for the formation of youth of this region. Within two years of their arrival - on 11th of January 1880, to be precise - the pioneering Jesuits started St Aloysius College and had it affiliated to Madras University. Other Aloysian institutions like the primary and high schools were started almost at the same time so that, within a span of a decade, St Aloysius College became the dream of every young man in the district who aspired for educational excellence

In the 143 years of its existence, St Aloysius College has grown into a conglomeration of educational institutions the latest being St Aloysius Gonzaga School (SAGS) affiliated to the Central Board of Secondary Education. Established in 2012, housed in an ultramodern edifice, equipped with state-of-the-art facilities, pulsating with curricular, co-curricular and extra-curricular activities, and supported by a competent and committed faculty, SAGS has made a remarkable impact in and around the City of Mangalore and is poised, in the short run, to be the best school.

Milestones Of The School :

2012 : St. Aloysius Gonzaga School was inaugurated on 01st June 2012. Class I to V were started as a pilot initiative

2016 : The School received affiliation from Central Board of Secondary Education, Delhi

2017 : First batch of Class X students appeared for the CBSE board Exam

2019 : The School was awarded the winner of Innovation in Teaching & Learning Methods

2022-25 : The school is upgraded to the third level of the British Council’s International Dimension in Schools (IDS) certification with a trophy. 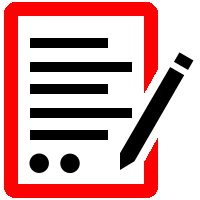